Doctor Who: The Aztecs 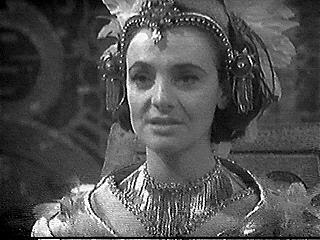 
Synopsis:
The TARDIS materializes inside an ancient tomb chamber... with a very sneaky one-way only 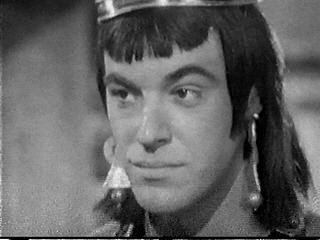 door (NFS: If I could count how many times that happens...). Now trapped outside with no way back in to the TARDIS, Ian, Barbara, Susan, and the Doctor are at the mercy of the Aztecs, circa 1454- save for Barbara's posing as Yetaxa (NFS: You will have this name stuck in your head for an eternity if you watch this episode), a deity for whom she is mistaken in one of those plots that was probably original at the time. Fortunately, Barbara, as a history teacher, is well-versed enough in Aztec culture to pull of the ruse... but as a 20th century sophisticate, is still in danger of failing the you're-only-the-god-as-long-as-you-act-like-one test due to her sympathetic bleeding heart... or at least her objection to seeing one torn out of a still-living human sacrifice victim. 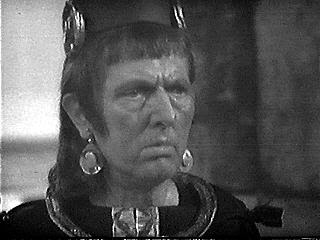 As Barabara struggles with the harsh realities of the brutal Aztec culture and the temptation to use her position of influence to try and change it (an urge which could expose the entire charade and get the group killed). She finds a kindred spirit in the noble Autloc, while Ian falls afoul of Tlotoxl, High Priest of Sacrifice, who is suspicious of Barbara in the first place. Thus Ian is drafted into the military and made to fight Ixta, the strongest warrior to prove his ability to command their forces- a role he had no desire of. Ian defeats him using a pressure-point hold from 20th century knowledge, and the grudge bearing Ixta joins forces to expose and kill the group of newcomers. 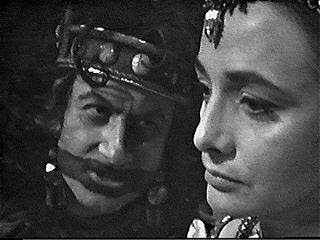 Ian is nearly killed in a rematch when drugged, and Tlotoxl tries to poison Barbara; Barabara refuses to drink the poison and admits her false-godhood to the high priest, but only to him- making him all the more desperate to find proof to the people.

Susan is betrothed to the Perfect Victim, the next scheduled ritual sacrifice-ee, for her transgression fo Aztec law, and the Doctor is enamored of- and unintentionally finds himself engaged to- the elderly Cameca, after accepting her gift of a shared cup of hot chocolate. (It pays to know local customs, Doctor...!) Cameca, a kind and generous woman (NFS: I think they would have been rawther happy together actually...quite quite.), helps the group to find an entrance to the tomb where the TARDIS is trapped. After Ian braves a flooding tunnel, he reports that the group will be able to enter the chamber and escape in the TARDIS. 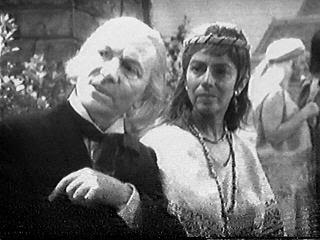 As end-game treachery descends, Ian fights Ixta once again to defend the group, knocking him off of the temple. Autloc, after helping Barbara, exiles himself to the wilderness to meditate on what must change in his culture. Cameca is tearfully left behind by her brief fiance (a position that most women would kill to have claimed by the time the Doctor became David Tennant in his tenth incarnation), and Barbara sadly realizes that history cannot be changed, as Tlotoxl, now fully in charge, sacrifices the next in a long line of victims just as they depart.


Review:
Someone else described 'The Aztecs' as "exciting, funny, educational, and - when it comes to Cameca - heartbreaking." I can't think of a better way to put it, so I'll just second that! Barbara's transition is definitely completed in this serial; her courage, her steel, her improvisational acting skills and knowledge of Aztec lore, saved the entire TARDIS crew (NFS: For once there's no flying off the handle or looking totally nutty). I also really liked the Doctor and Barbara's conversation at the end- how helping one man, making a difference in one life... that's the point. Great stuff! 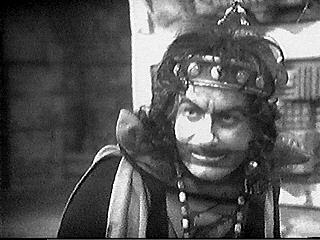 And of course, the message of 'You can't change history' is both confirmed and refuted so many times in the series history; the New Series episode "Fires of Pompeii" finally clarified, in a brilliant ret-con, that certain points of history are 'fixed' and unchangeable- they will happen no matter what you try to do- while others are in flux, and can be altered either way. Time Lords like the Doctor have the ability to 'see' which is which. This is important to keep in mind, lest the following reviews seem a bit confusing- the Doctor's repeated warnings of, alternately, "History can't be changed!" and "We must be careful not to accidentally change history!" are situational-specific; which viewed retrospectively, makes sense of the episodes. (NFS: Sure it does Andrew....sure.)

Of course, the getting-separated-from-the-TARDIS-and-have-to-get-back-to-it bit is getting a little tiresome... :-) (NFS: That's their meat and cheese though! Without that MacGuffin they wouldn't be able to like...DO ANYTHING!) 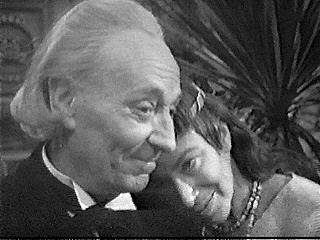 Aside from BBC not wanting an additional cast member, why didn't the Doctor take Cameca with him? He knew her people were soon to die out. She was much happier with him. Any reason NOT to bring her, but to send her away? (NFS: Take someone out of their own time?! As a companion?! Are you mad!? It's not as if he ever....oh wait...) Still, Hartnell's acting at so many points in this serial- from his crafty horticulture grin to his realization of his engagement to his explanation of said engagement to Ian to his expression as Cameca left for the final time was superb; really cemented him as a top-notch Doctor, in my mind. I also loved loved Ian's bits against Ixta- especially his 'pick up your club/victory with my thumb' moment. (You'll just have to see it for yourself... :-) ) 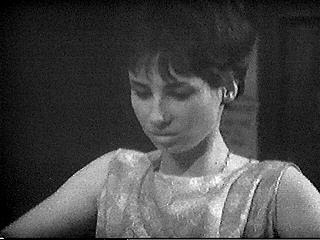 The matte-painting behind the temple looks a little too faded to be believable (in person it may have looked believable, but it's faint on camera from the lighting), but is an impressive vista nonetheless, and a worthy attempt to give the appearance of being on top of an open-air temple balcony overlooking a sprawling Aztec city. The music was likewise good, but very repetitive- like the cue we hear when we first cut to the Doctor setting up his pulley in the temple.

Only one Major Line flub I caught in this one- it was a little more jarring for it's rarity, but overall, good job for the actors. 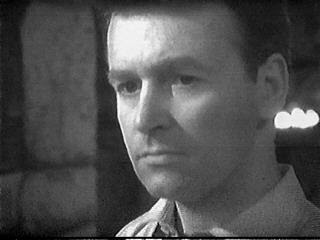 Man, I know the Doctor messed up with the whole thorn thing (mentioning it's tranquilizing properties when coerced to provide Ixta a method of defeating his enemy... not knowing that said enemy would be Ian), but... did he have to provide the actual diversion during which Ixta could scratch him, too?

The whole mess of tension afterwards could have been resolved if Yetaxa, since she was already in a making-declarations mood, simply declared Ixta the victor as he had Ian at his mercy; Ian wouldn't have minded, I'm sure, and Ixta would have been rid of the chip on his shoulder! 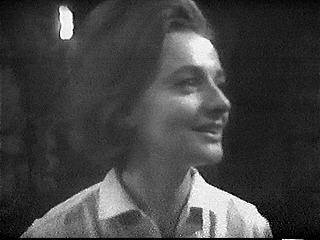 Still, overall, I wouldn't consider there to be any plot holes, just solutions the characters didn't think of. This was a very solid story, well-paced, attention-holding, clever, and a very strong showcase for Barbara. (NFS: This is actually when I started being able to actually stand Barbara, and by the time she leaves I was actually quite sorry to see her go. I think that if this story had never happened a lot of people wouldn't have started to see the good in Barbara's character.)


Great moments:
The dark ending, Ian's clever disabling of Ixta, the Doctor's face when he realizes he has inadvertently betrothed himself. 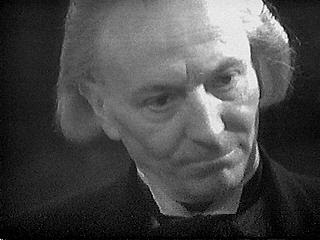 For the strong performances, I'm going to have to give this a 5 out of 5 Blessings of Orb. (In retrospective of memory, it's strange that this is higher-rated than Keys of Marinus, in that I remember that one more fondly- but both were excellent!)
Posted by Sarah and Andrew at 10:01 AM